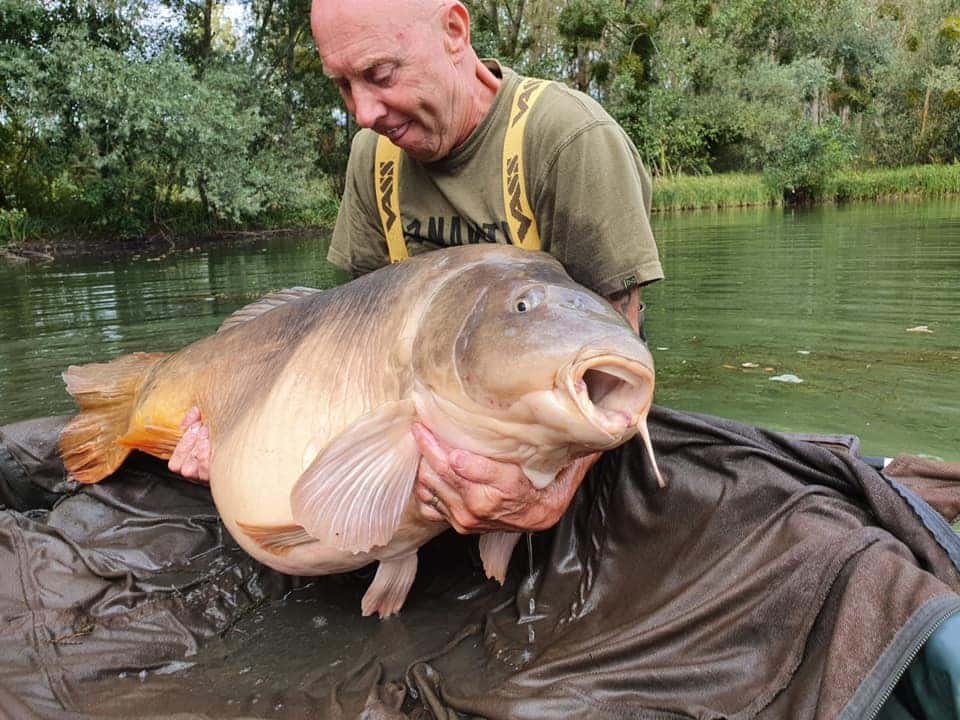 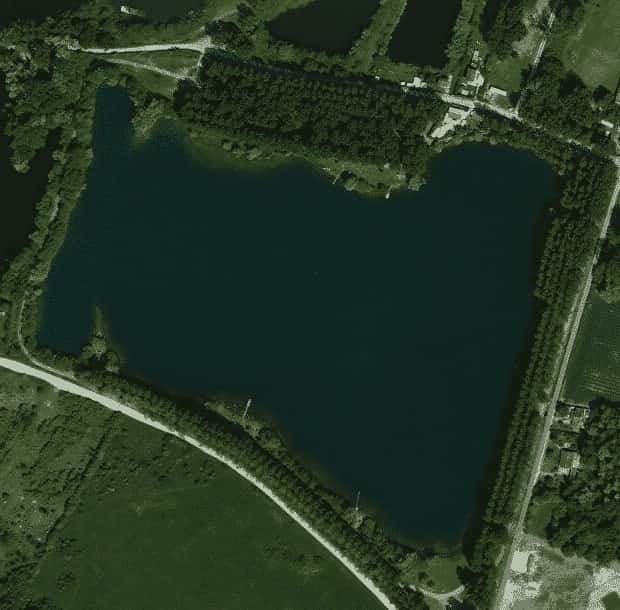 1. NO ACCESS to the fishery BEFORE 1pm on the first day of your booking. There will be a DRAW for swims at 2pm (French time), except for chalet anglers (Mar-Peche) and fortnightly bookings (on their second week) which have priority. 2. Departing anglers must leave the property by 10am on last morning. 3. On MAR-PECHE; anglers booking Kingfisher Lodge will automatically be given exclusive use of The Jetty swim and anglers booking Woodpecker Lodge will automatically be given exclusive use of The Fallen Tree swim. If chalet anglers choose not to fish their designated swim and set-up elsewhere, then that chalet swim becomes available to other anglers for the remainder of the week. 4. Maximum of four rods per person. Rods must be fished from the same swim and not spread along the bank. 5. All particle baits (beans & seeds) must be fully cooked before use, ‘soaked only’ particles can be a danger to the fish and are not permitted. 6. No litter; any anglers found with litter in their swim whilst fishing, or after they have left, will be banned from the fishery. Please note that ‘litter’ includes beer bottle tops and the cellophane from around cigarette packets! 7. All baits to be reeled in when temporarily leaving the lake. 8. No non-fishing guests unless agreed with the management beforehand. 9. ROWING BOATS: MAR-PECHE: there are two rowing boats, but these are strictly for fish-rescue only and BOUYANCY AID JACKETS MUST BE WORN. The boats are not to be used for anything other than to rescue a snagged fish and anyone using them for other reasons will be asked to leave the fishery immediately. Use of boats on either fishery is done entirely at your own risk and no responsibility is accepted by the management for any accidents or injuries that might occur. Anglers are NOT PERMITTED to bring their own rowing boats. LABYRINTH: Rowing boats are available for hire at the lake; maximum of two anglers per boat and bouyancy aid jackets must be worn at all times. Anglers are NOT PERMITTED to bring their own rowing boats. 10. RADIO CONTROLLED BOATS: MAR-PECHE: Radio controlled boats are not permitted on Mar-Peche, EXCEPT on ‘whole lake’ bookings. LABYRINTH: Radio controlled boats are permitted on Labyrinth but these must not be sent over other anglers’ areas. 11. Please challenge any persons that you suspect should not be on site. All anglers should be in possession of a Booking Confirmation, etc. Avoid giving any information about the fishery and its stock, etc. to people that should not be on the property. Inform the management immediately if you discover anyone that should not be on site as they could be tackle thieves! 12. Abuse of alcohol or use of drugs is forbidden (you must remain sober at all times). 13. All carp caught must be photographed on each side and the pictures with details of weights, sent to Les Beaux Lacs within 4 weeks of trip. 14. All gates to be closed and properly locked at all times. 15. Anglers must show the maximum possible respect to other anglers by being polite and courteous at all times. When driving around the lake you must keep to the outer perimeter track in order to keep disturbance to a minimum. When driving around in darkness, please drive very slowly and use side lights only. 16. All anglers to exercise the greatest possible care of fish; use LARGE unhooking mats, and position on flat ground surrounded by grass. No sacking on MAR-PECHE. On the LABYRINTH, only use sacks which have a good water exchange, no retaining carp for more than three daylight hours. Do not sack carp in less than 4 feet of water. Avoid sacking fish that are in a spawning condition. Catfish are not to be retained in sacks or tunnels. YOU MUST BRING MATS, SLINGS AND SACKS BIG ENOUGH FOR CARP OVER 80 POUNDS IN WEIGHT AND UP TO 4 FEET LONG. No sacking allowed on Labyrinth in July & August. 17. Removal or introduction of fish strictly prohibited (except Rules 25). 18. The owners or any private guests of theirs, reserve the right to fish at any time, except in the instance of whole lake bookings. 19. The management reserves the right to amend these rules or add new rules at any time, except in the case of ‘whole lake’ bookings. 20. No dogs, no open fires (except barbeques) and no guns. 21. Strictly NO SWIMMING under any circumstances. 22. Only single hooks (no doubles or trebles) are to be used for catfish. 23. Anyone asked to leave the fishery due to rule-breaking will not be entitled to a refund whatsoever. 24. All BREAM are to be removed from the main lake and put into the small lake or river. 25. Maggots - only live maggots can be used - no dead ones are to be put in the lake. 26. Although we have two fisheries, anglers are only allowed access to the fishery for which they have a reservation, unless previously agreed with the management. 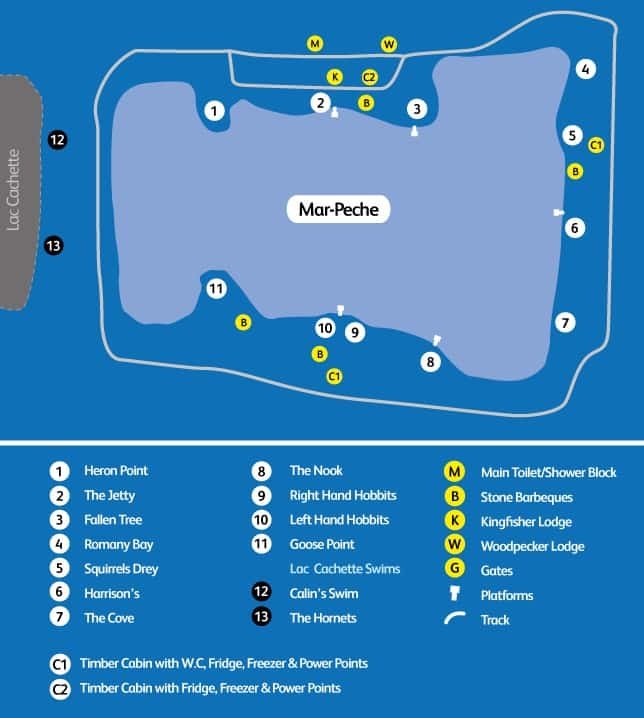